The globe, a journey between the arts and the sciences

The word “globe” is here used as a generic term and it includes all types of voluminous, jointed and composite works representing our planet or solar system.

L’Utile Zéphyr workshop takes on terrestrial and celestial globes, orreries, armillary spheres, cosmographes , telluriums, luminous globes…. We will talk about the differences between each of these denominations in articles to come in the near future.

Globes restoration presents numerous different levels of interventions, going from a minimalist restoration to an illusionist one. The first one aims at stopping the damaging that could spread and intensify the weakness of the work, which could put at risk its good preservation in time.

The illusionist one adds to this a particular attention to the aesthetics of the work, and endeavours to bring it back to looking, as faithfully as possible, to what the object would be like, had it not been damaged.

Globes have, for a long time, been mass produced, and in a rigourously identical manner ever since the invention of printing. It is therefore possible to re-create the missing zones of their cartography either with a freehand copy which Yolaine Voltz carries out, or with a replica of the missing time zones if they are available.

Conservation of a 1837 Fremin Globe – made after Lapie. 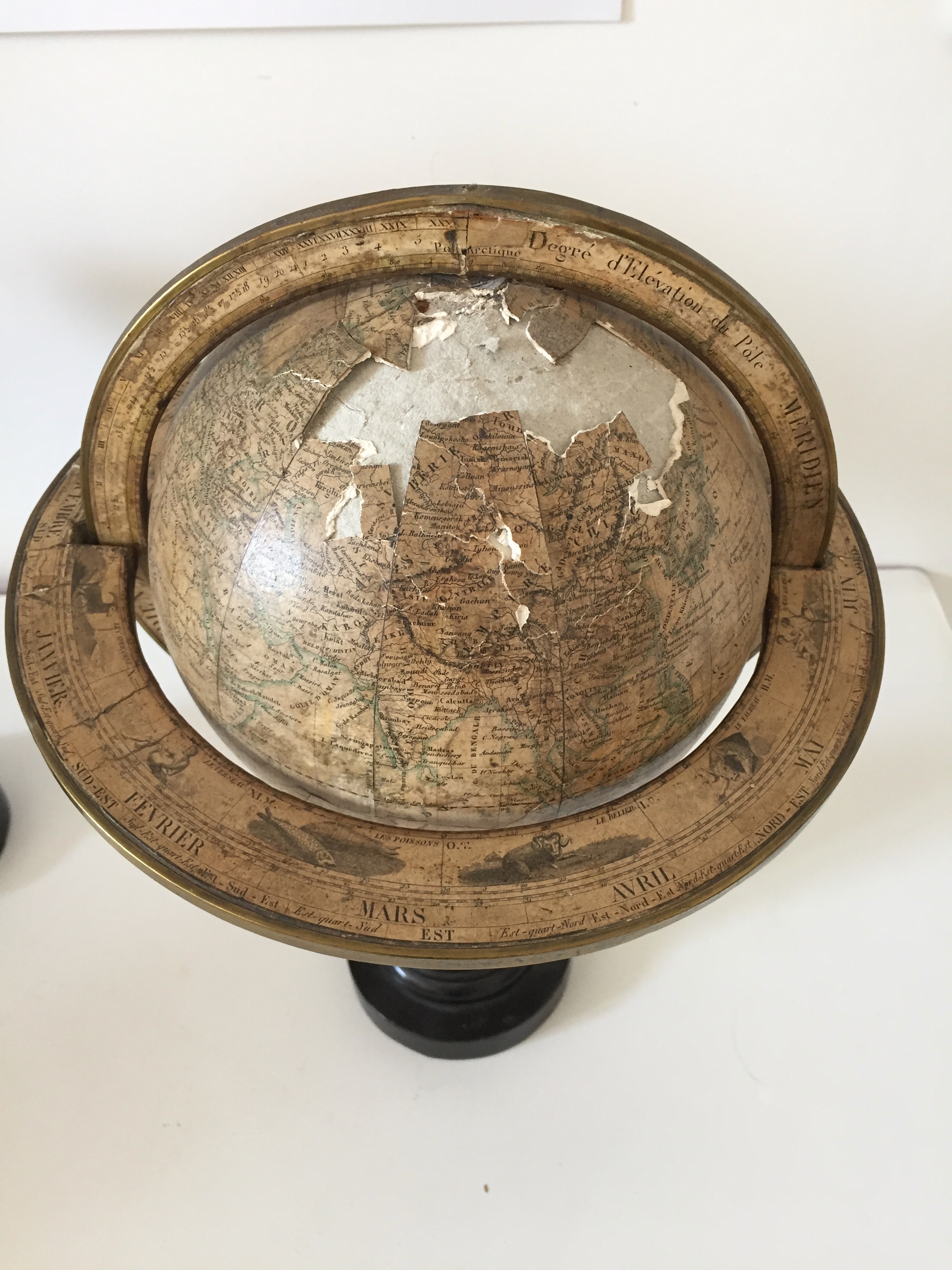 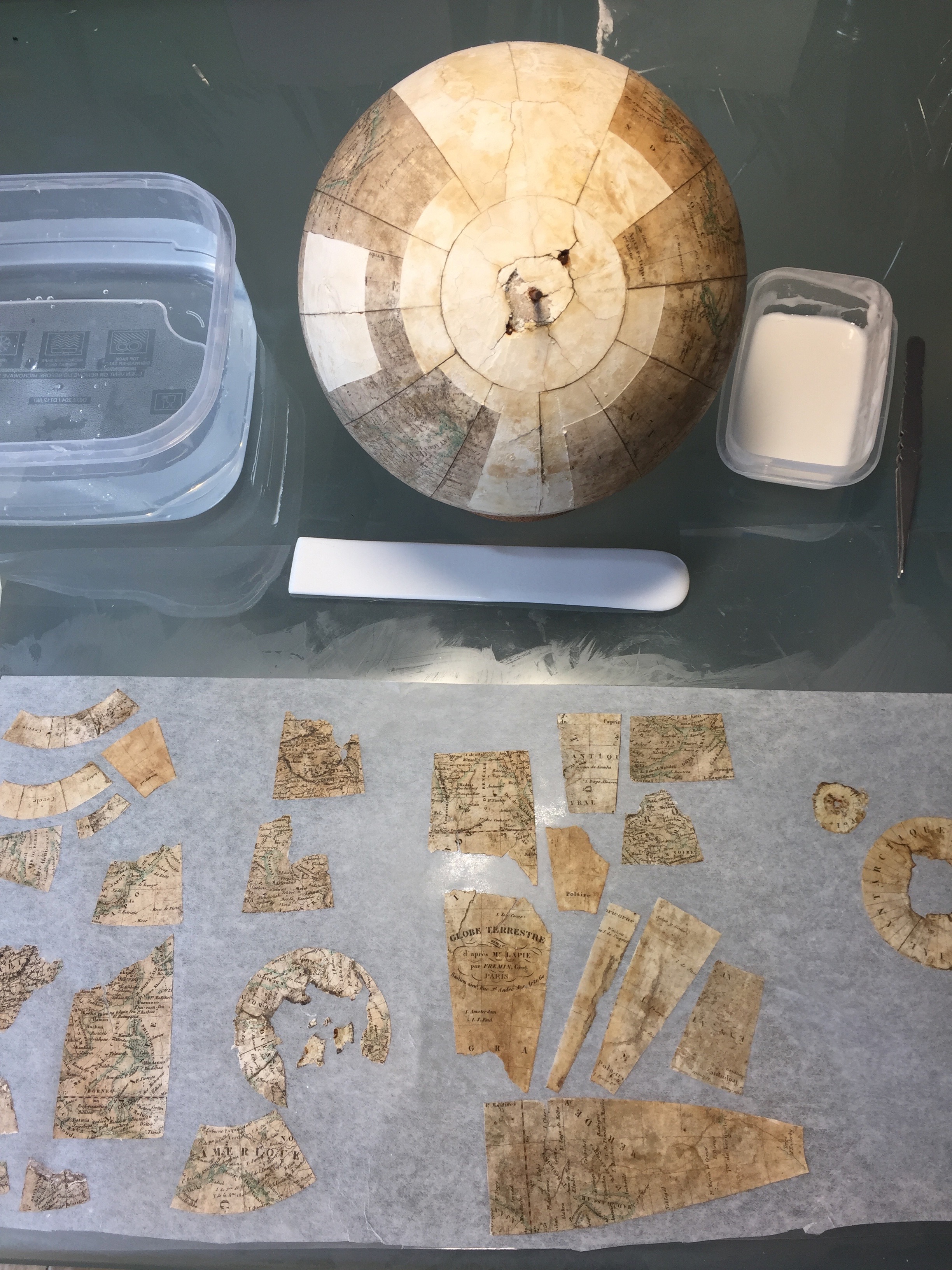 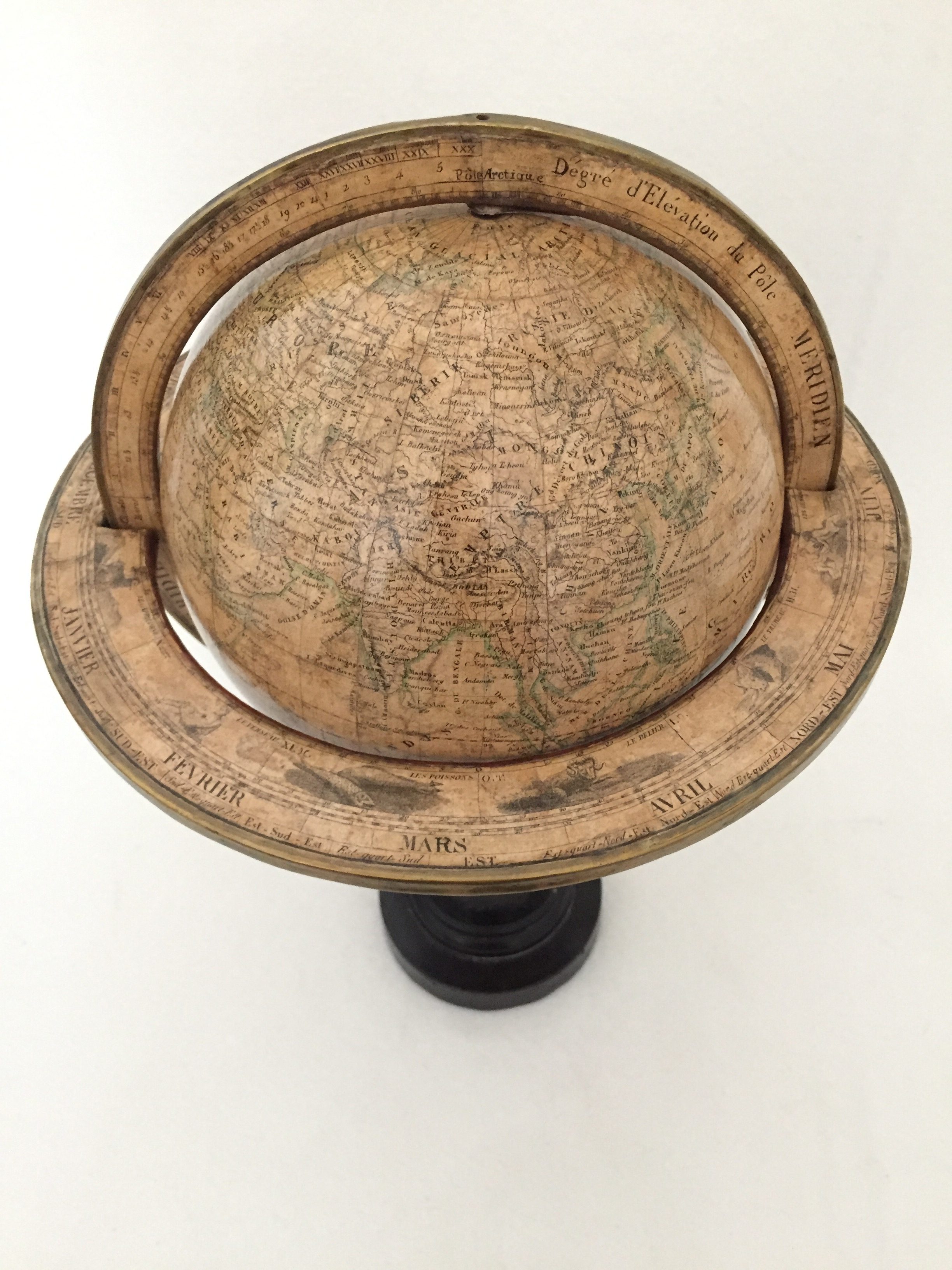 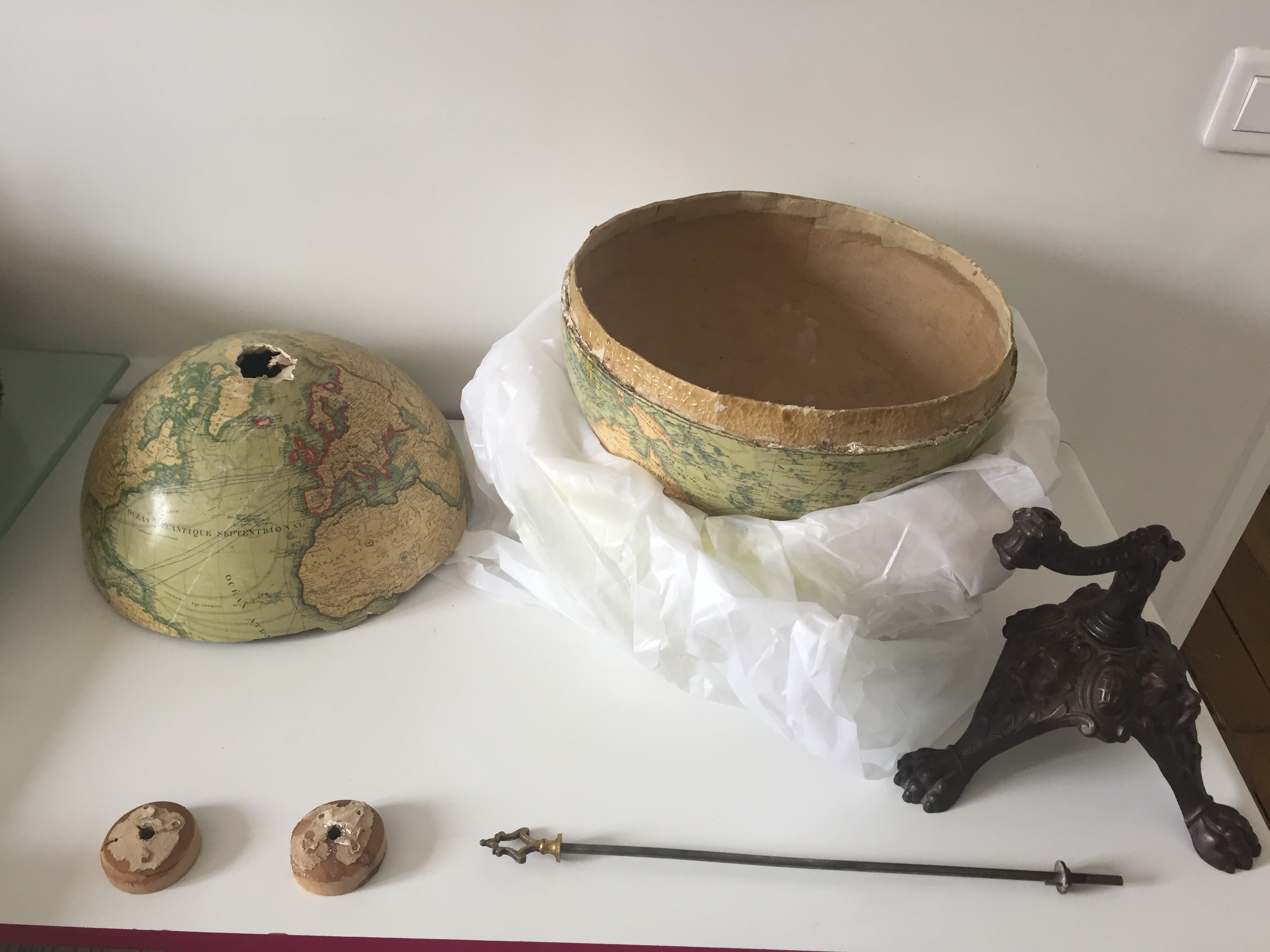 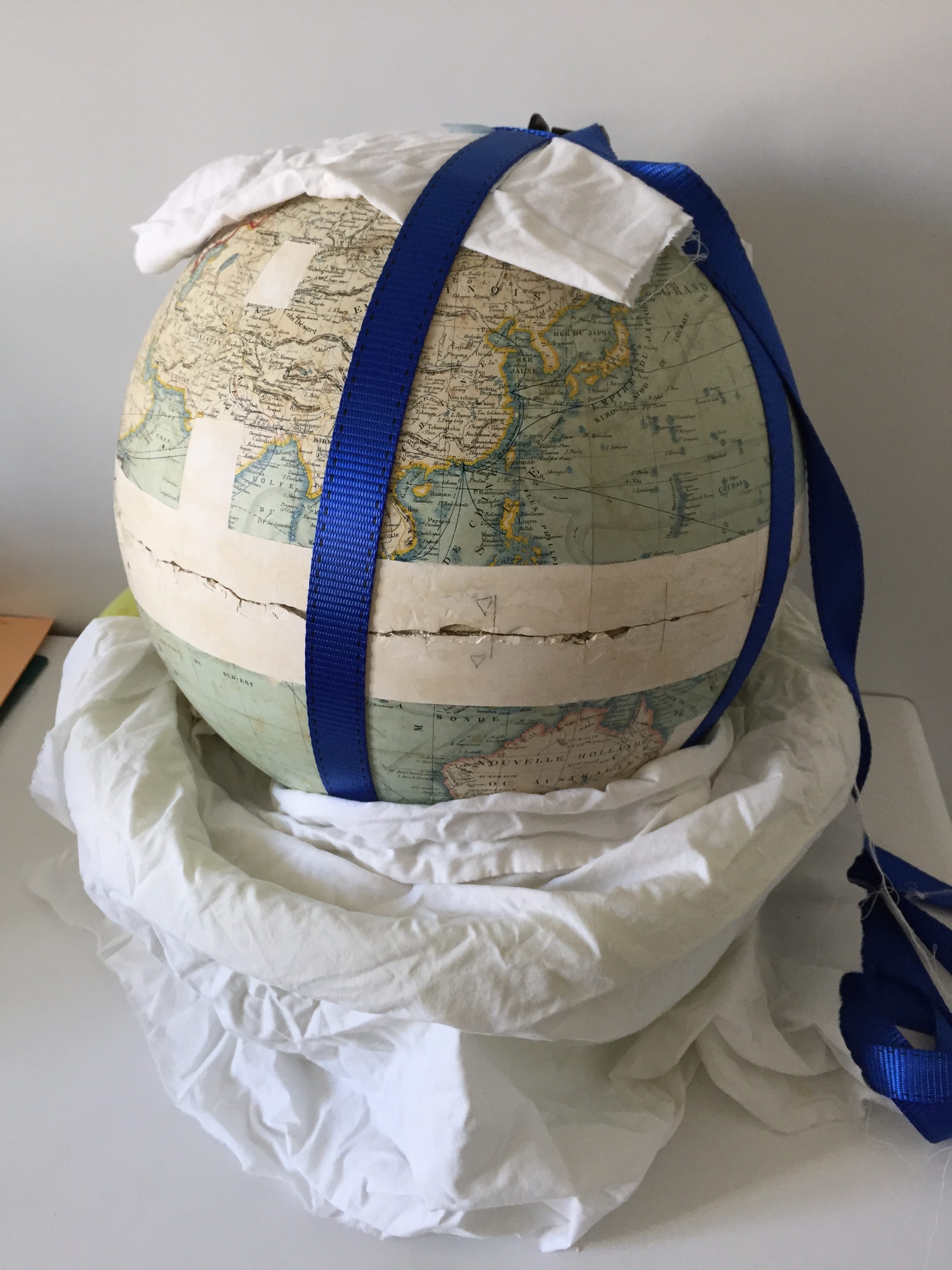 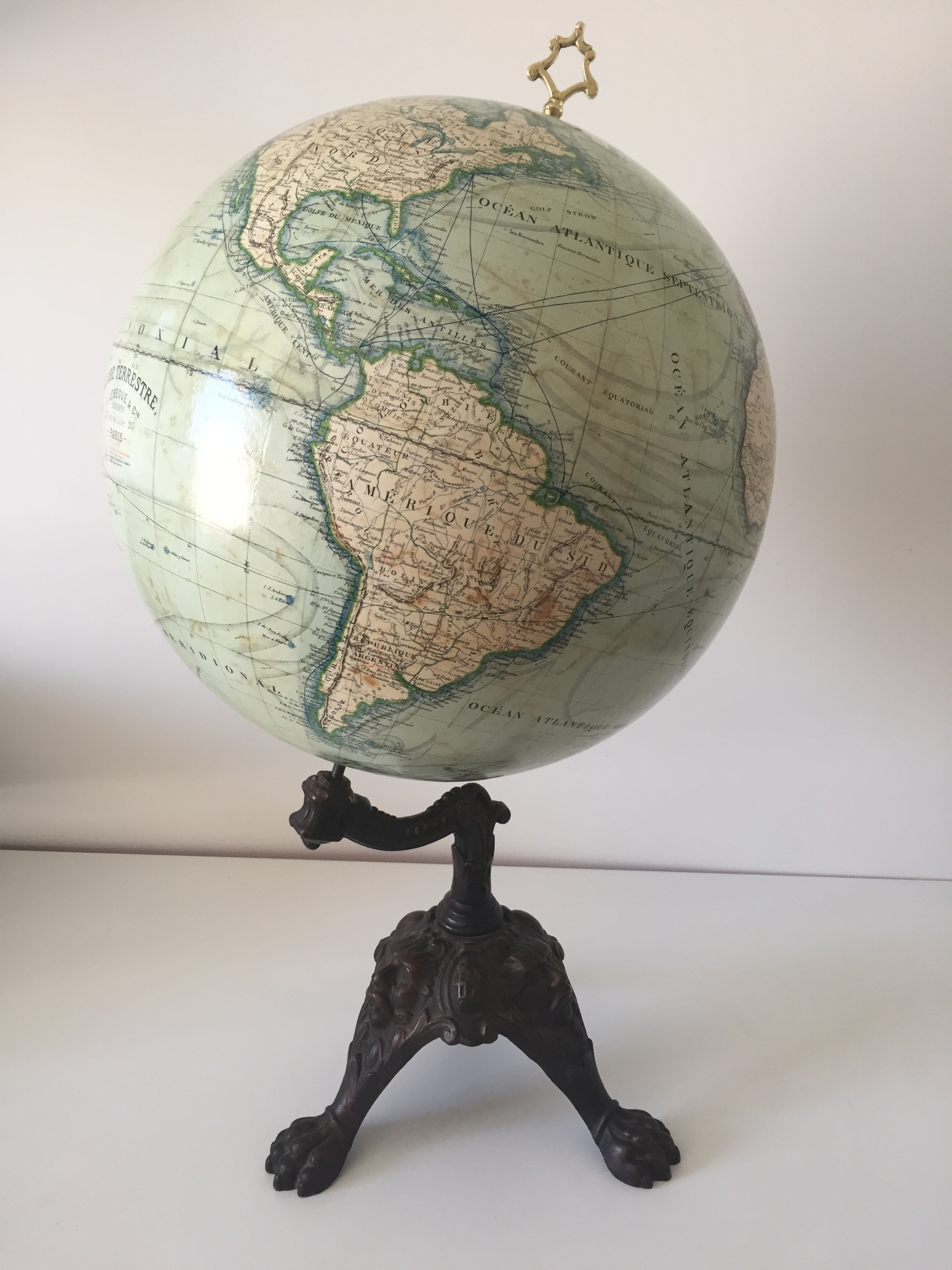 Conservation of a Cassini celestial globe 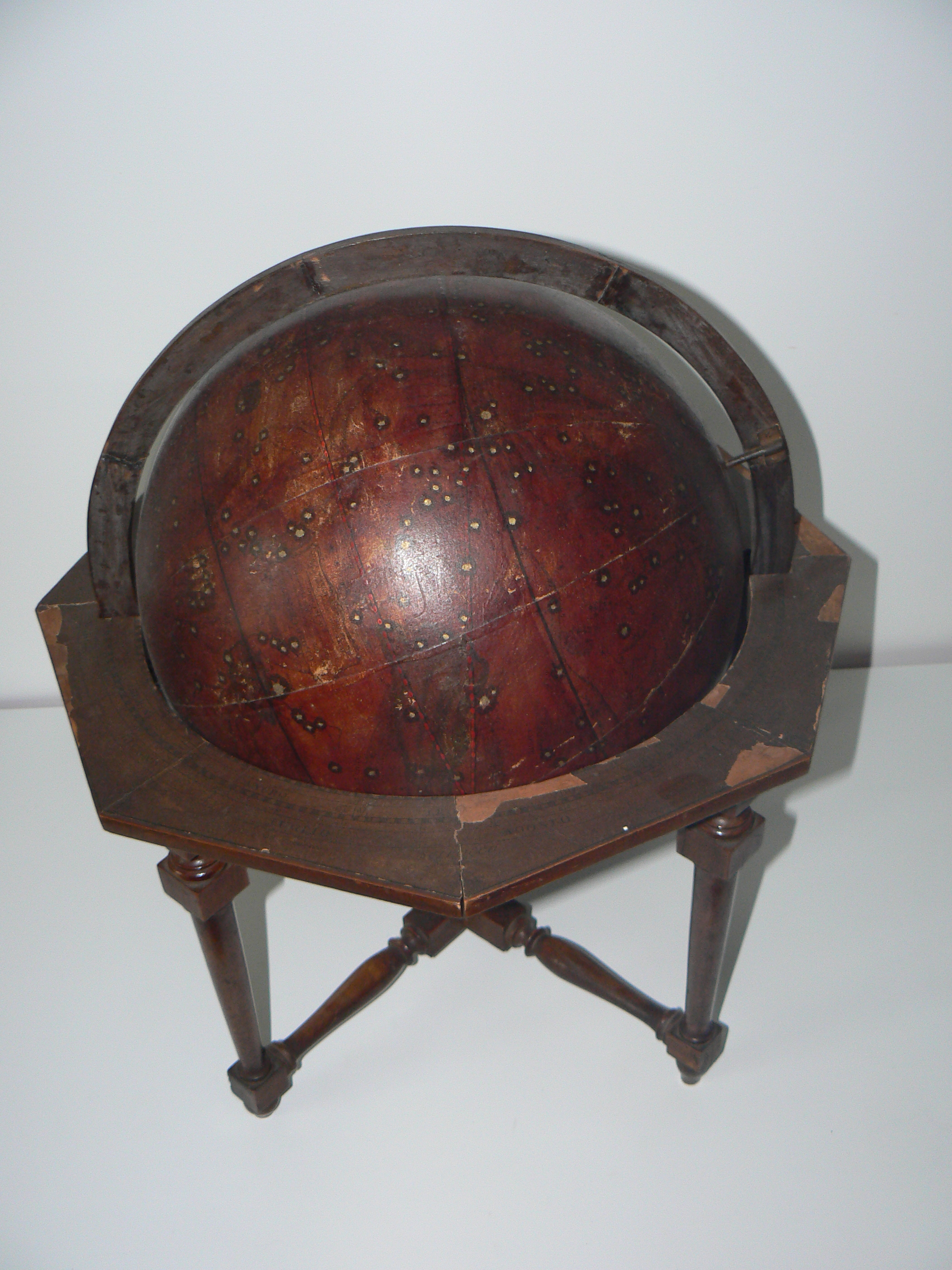 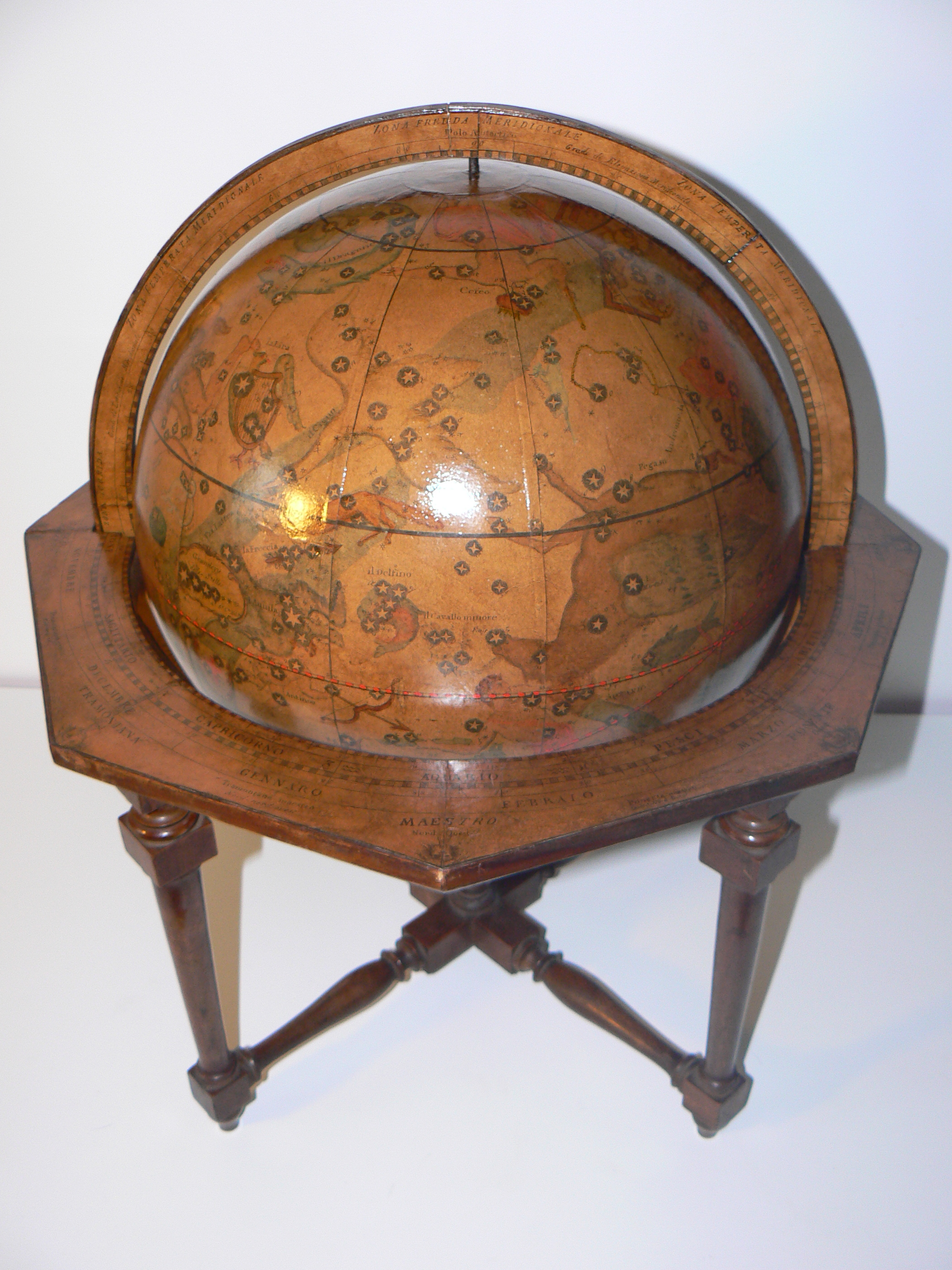 Armillary spheres are models of the celestial sphere showing the apparent motion of the stars, Earth and Sun in the ecliptic.

Restoration of a Ptolemaic armillary sphere made by J.Forest 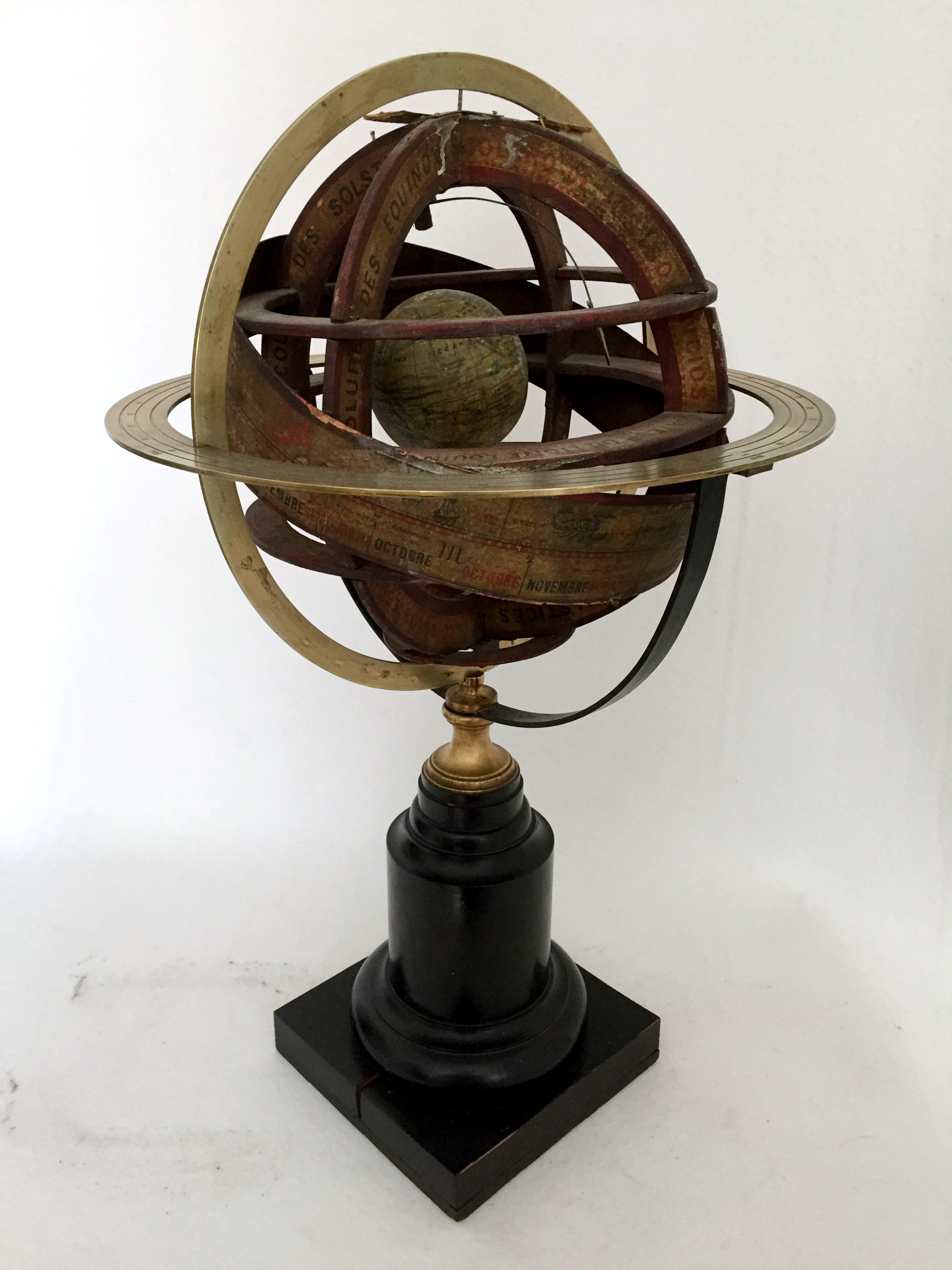 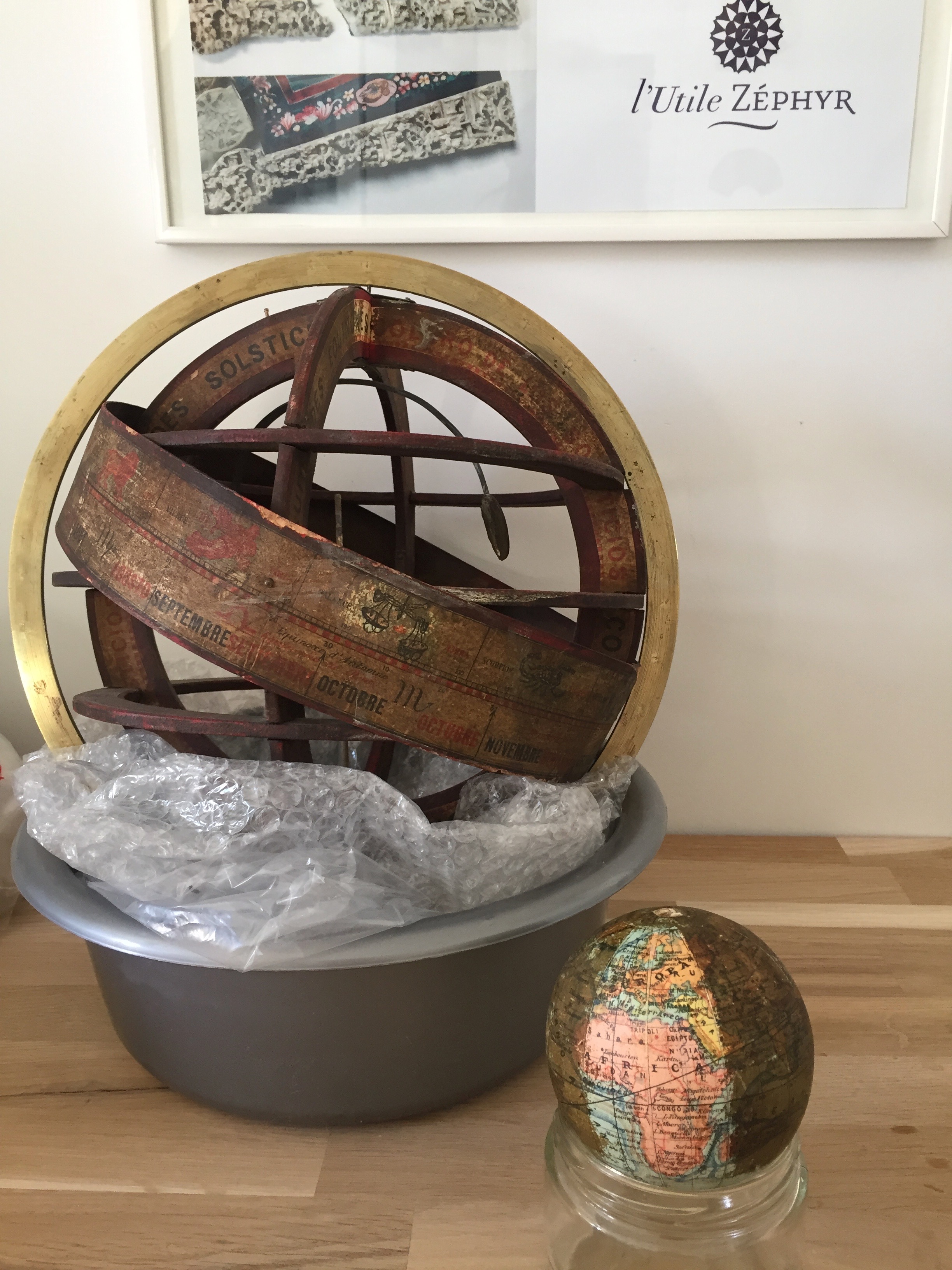 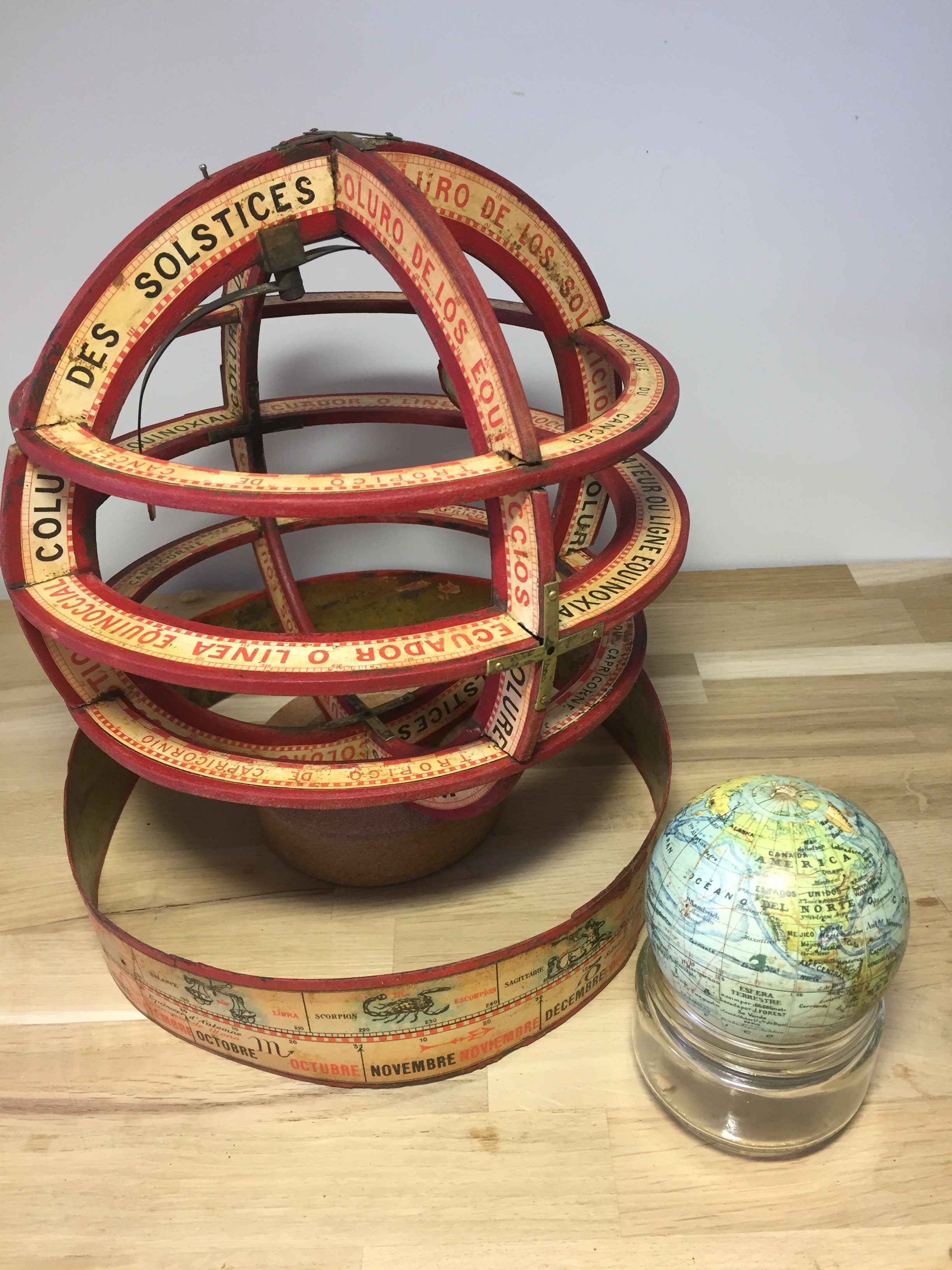 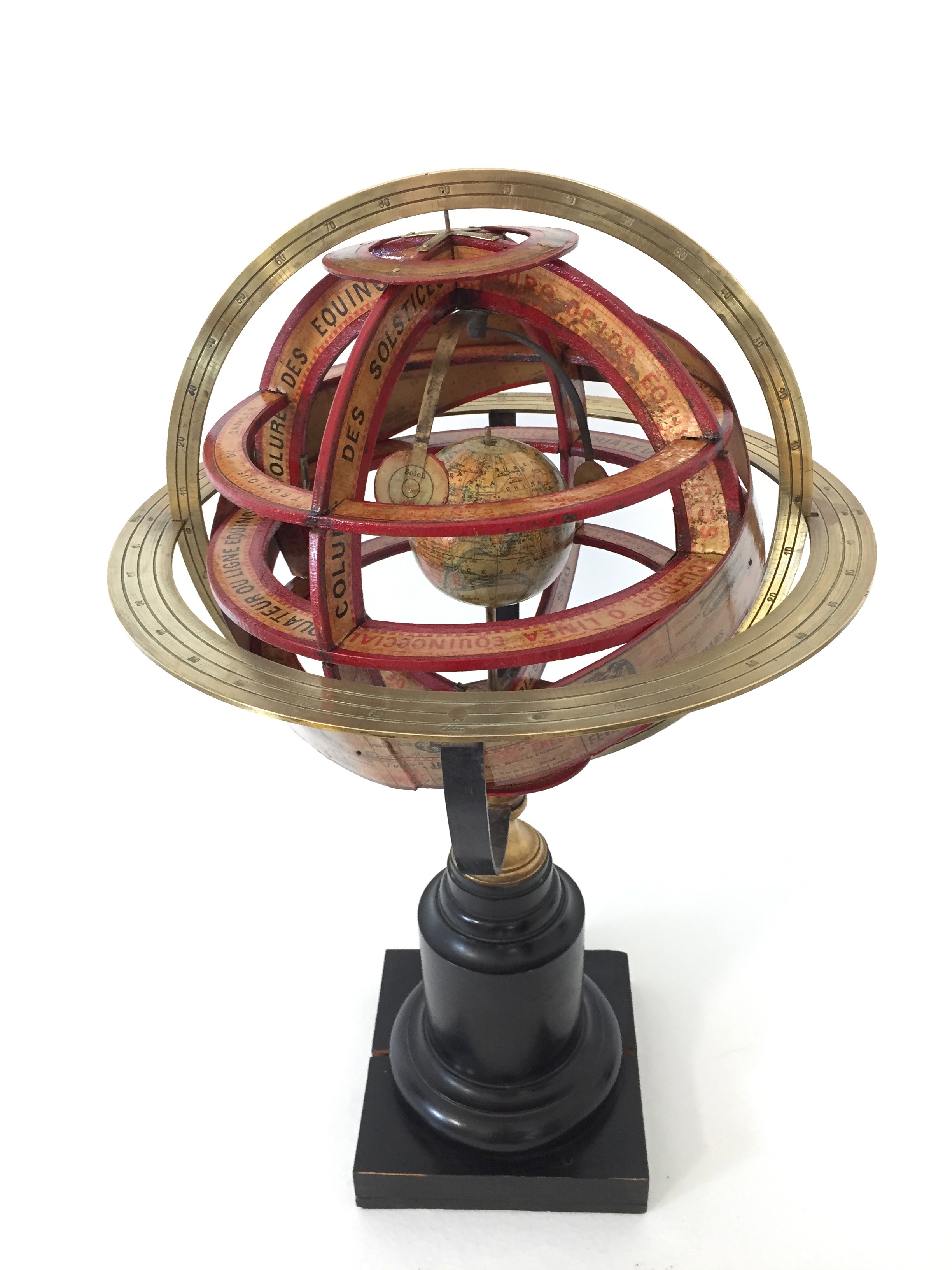 Restoration of a glass hourly globe made by J. Forest, Gérard & Barrère Editors 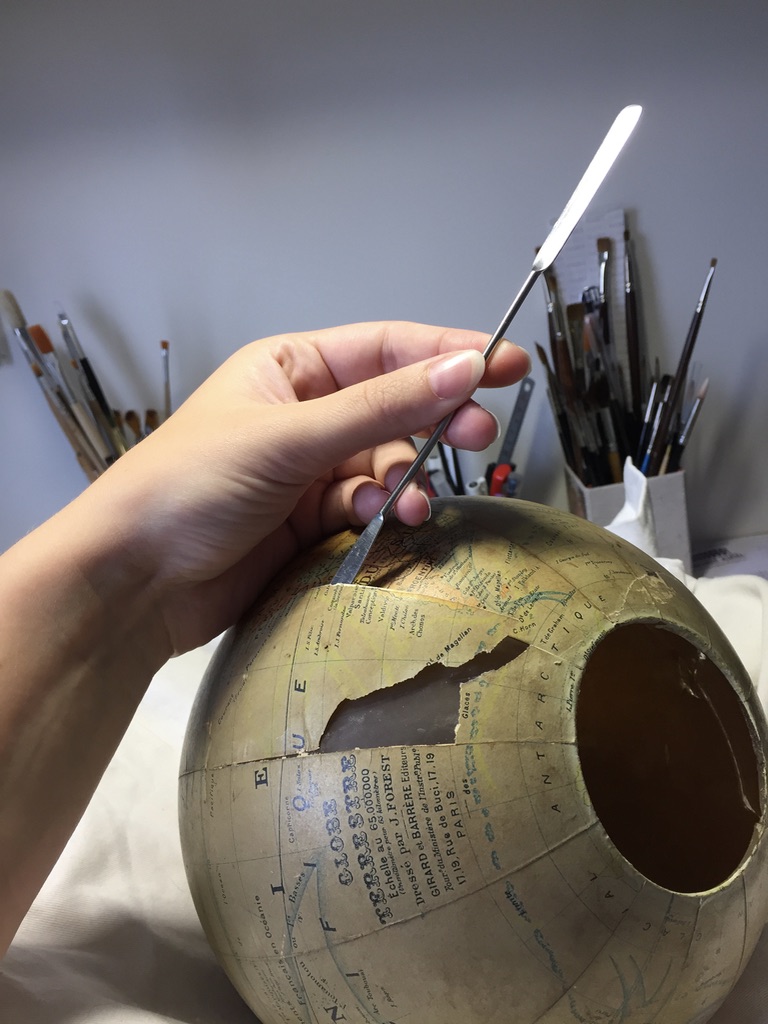 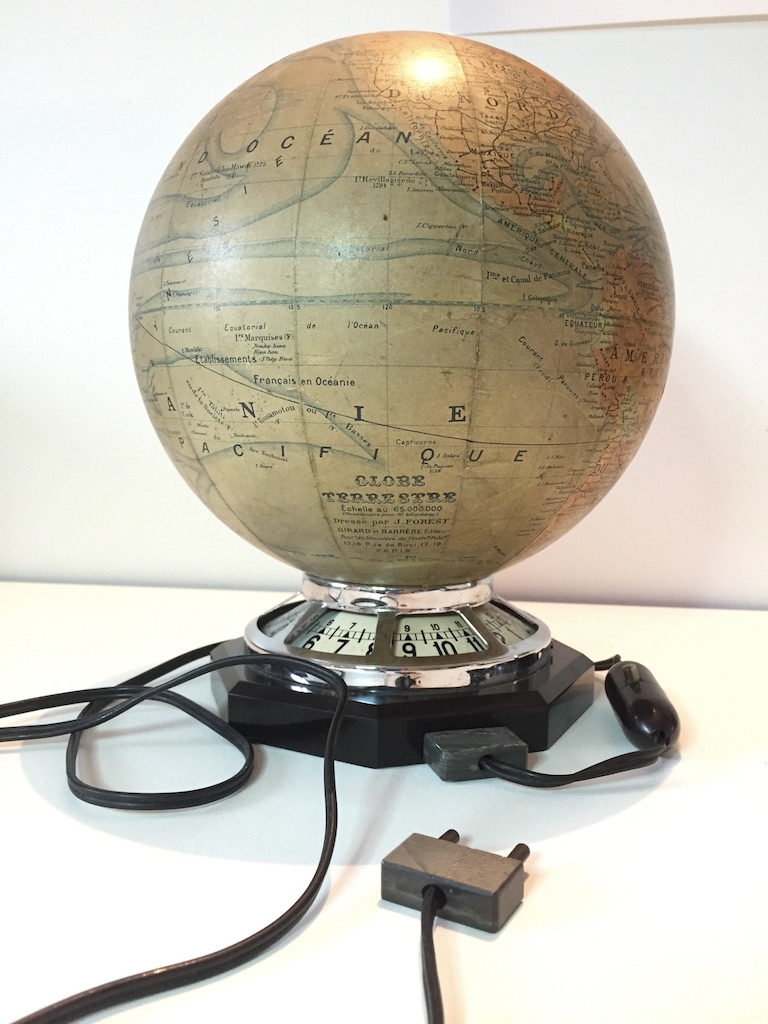 A tellurium designates a mechanical work representing the movement of the Earth – whether or not accompanied by its lunar satellite – around the Sun.

Conservation of a 1848’s tellurium made by Delamarche 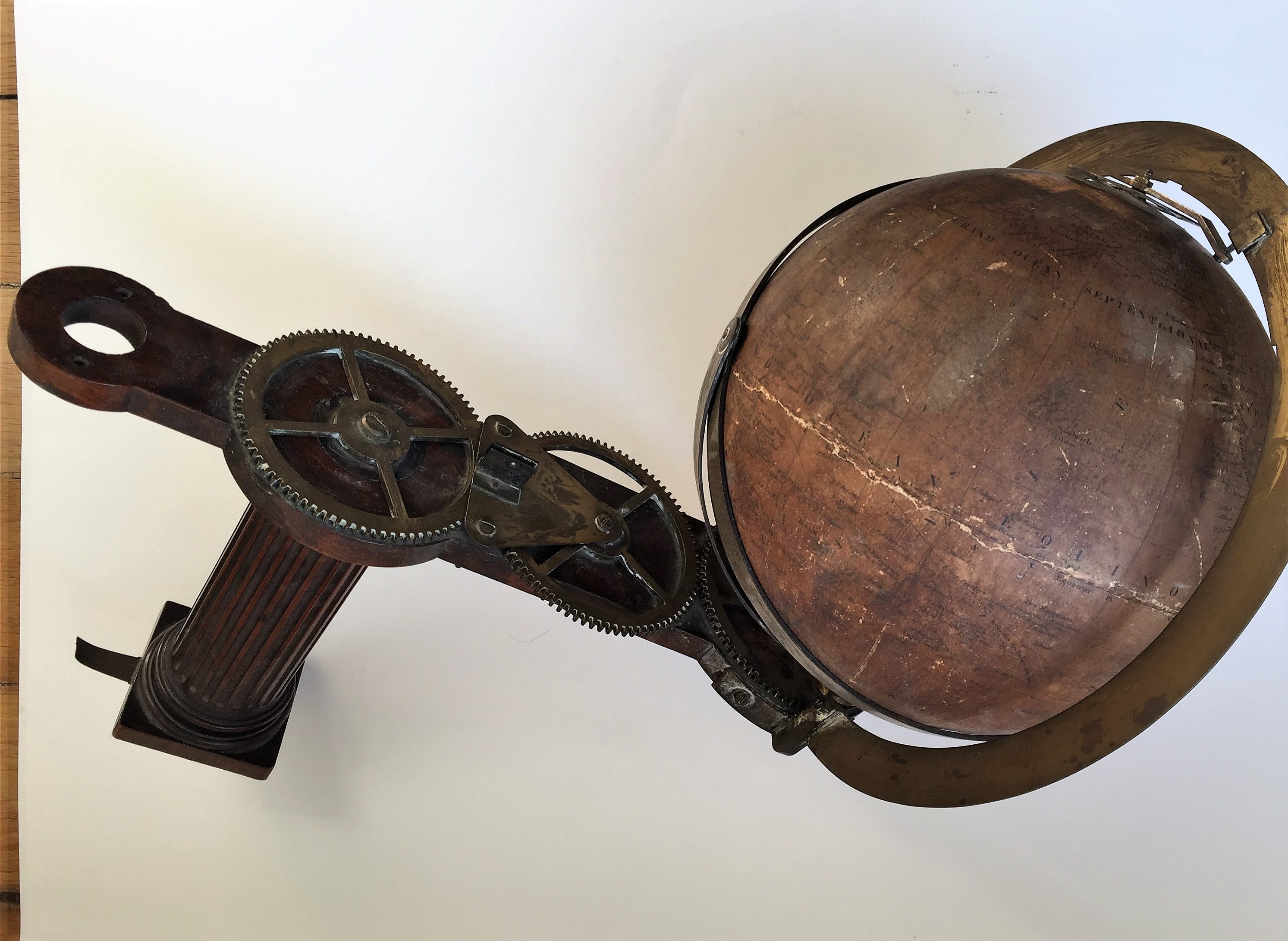 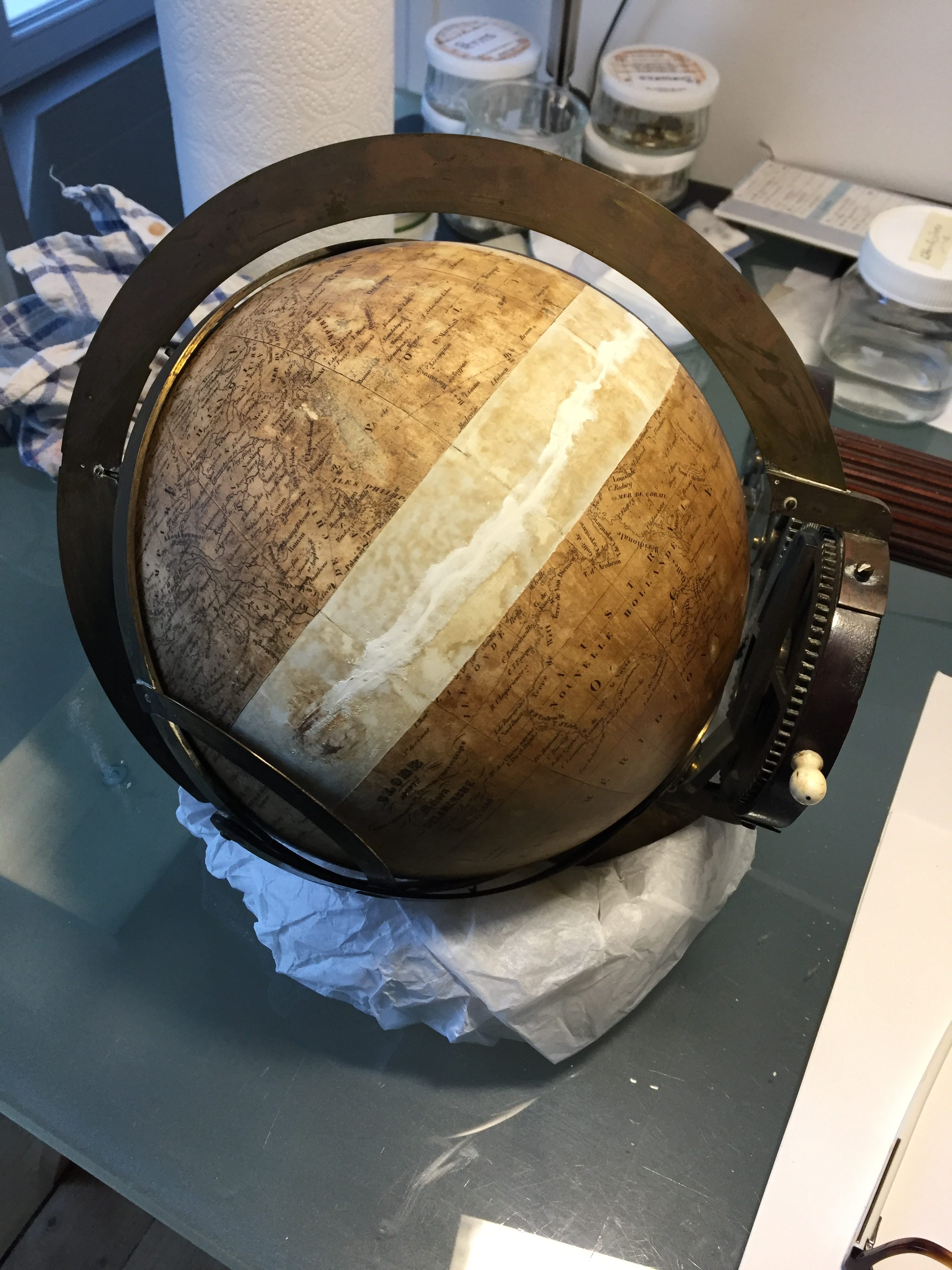 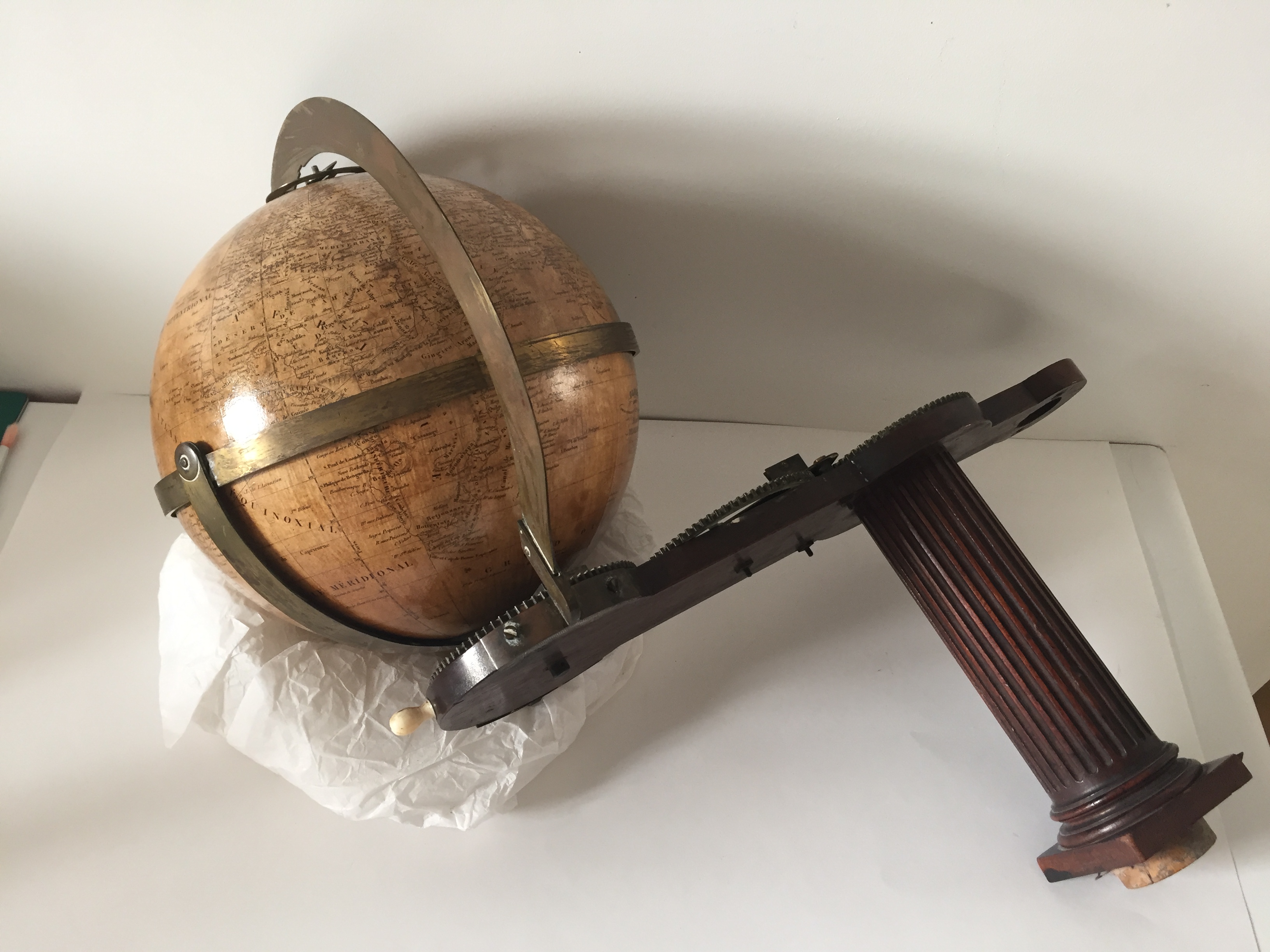 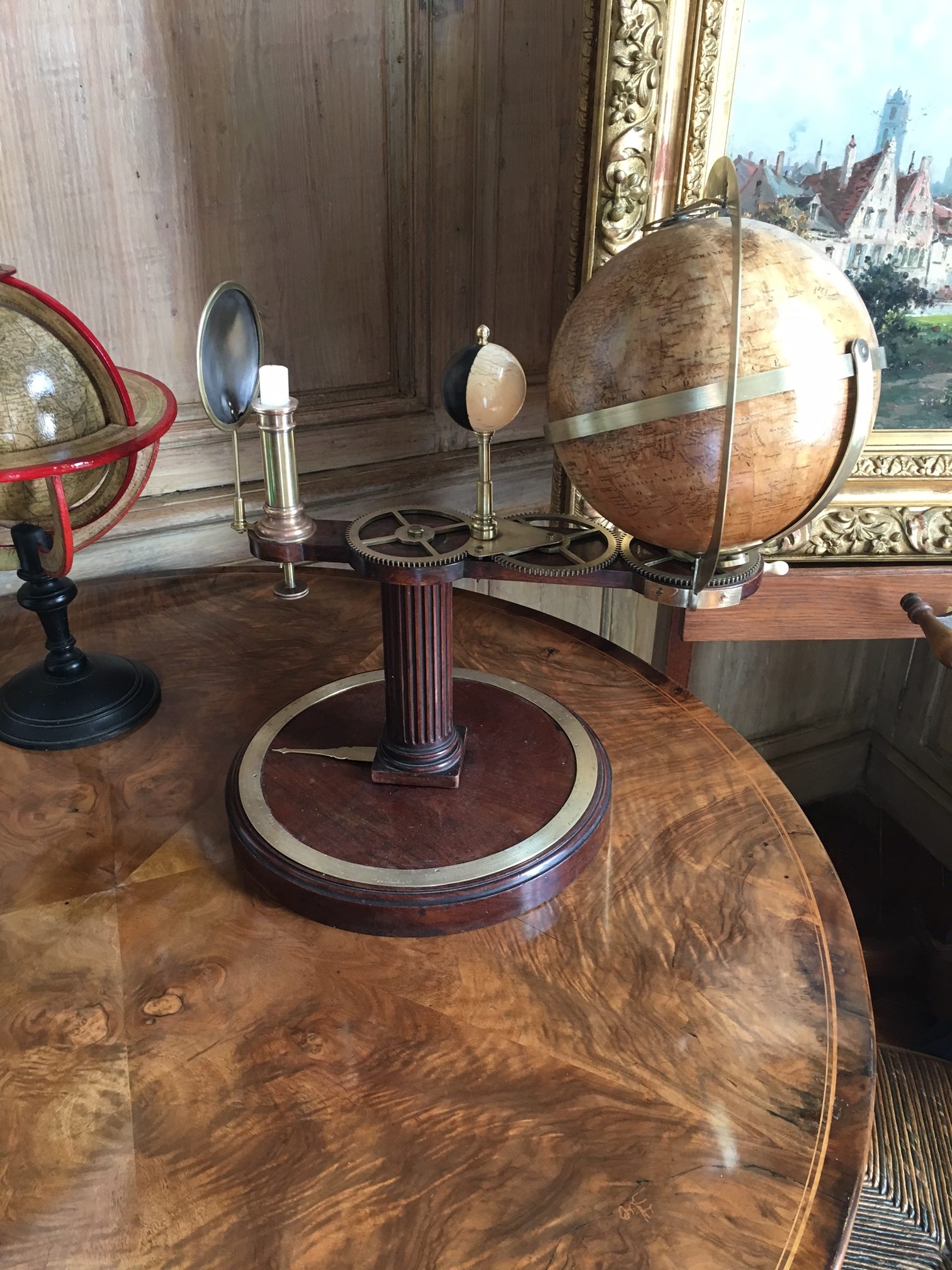 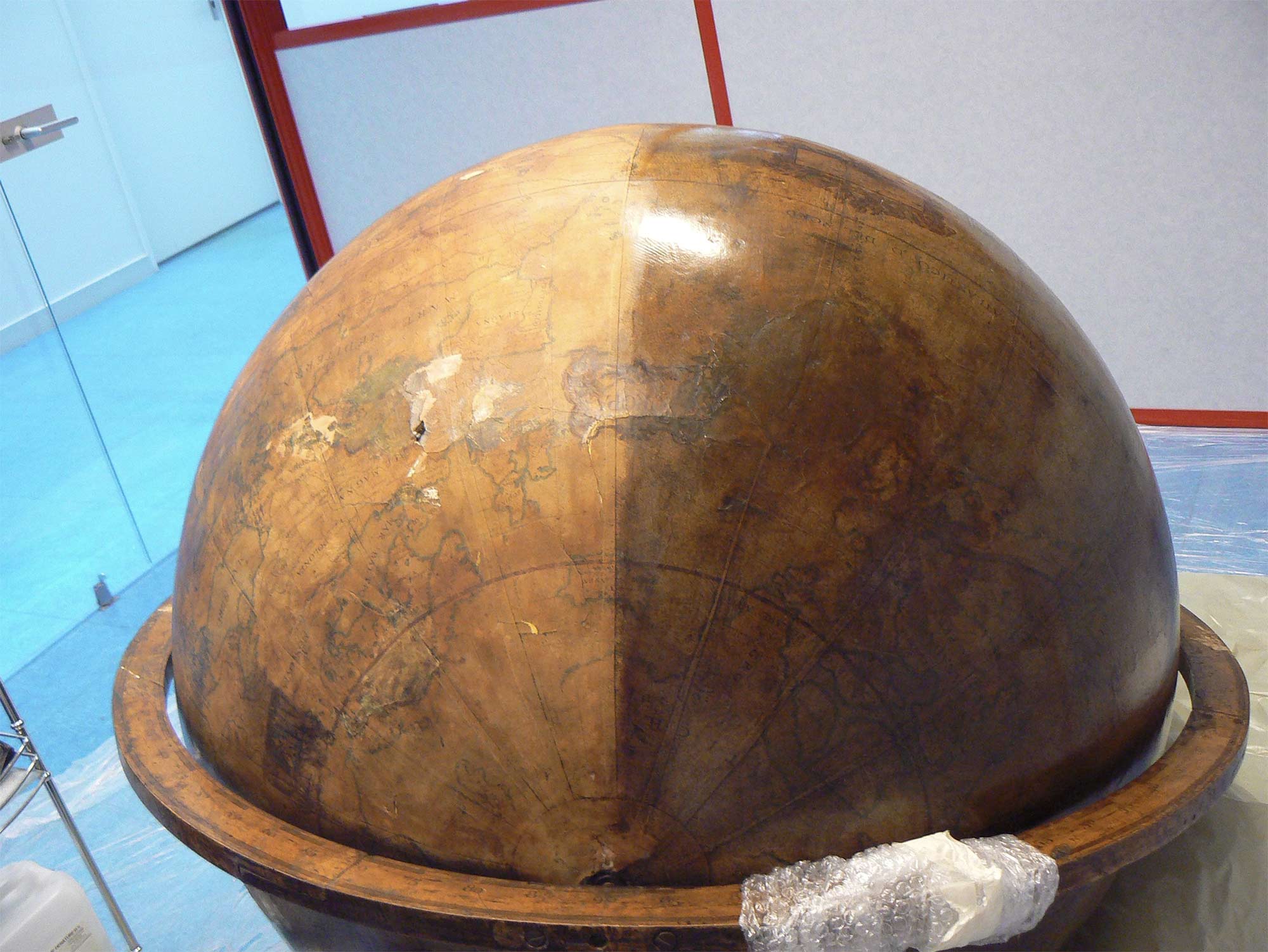 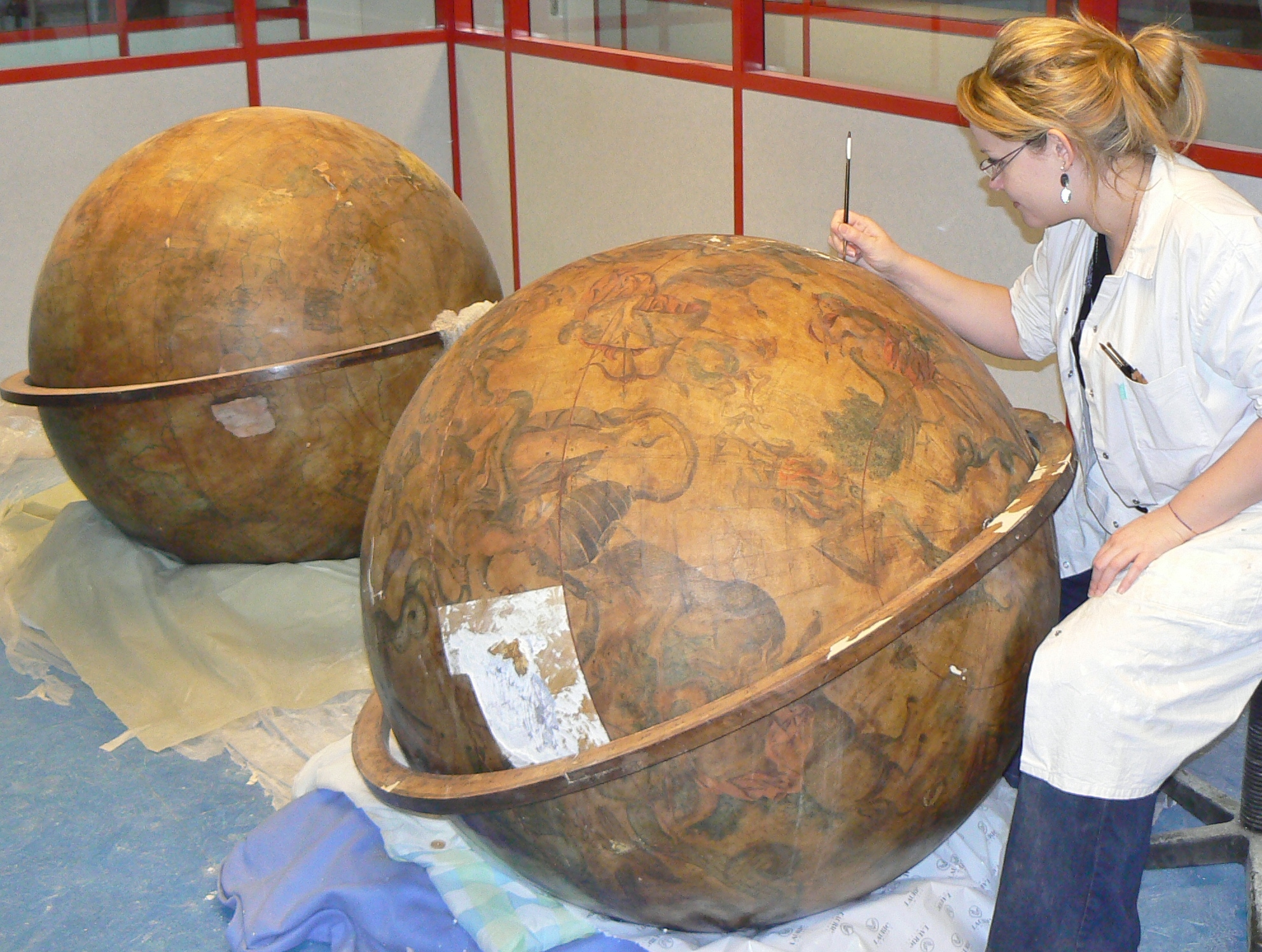 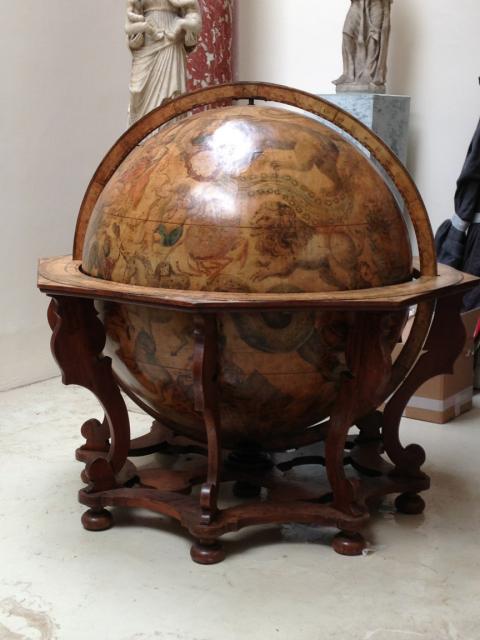 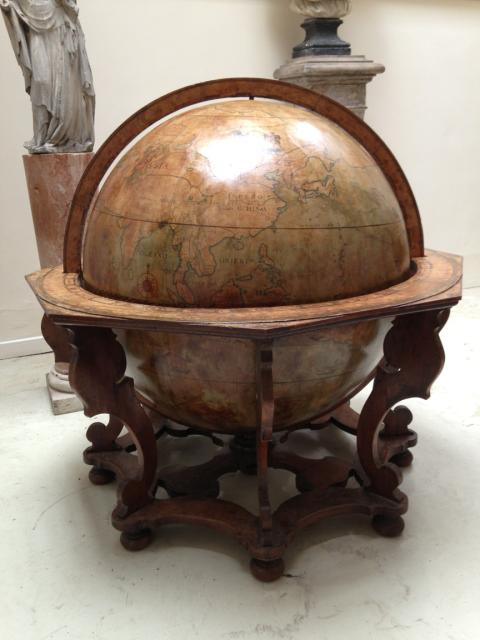 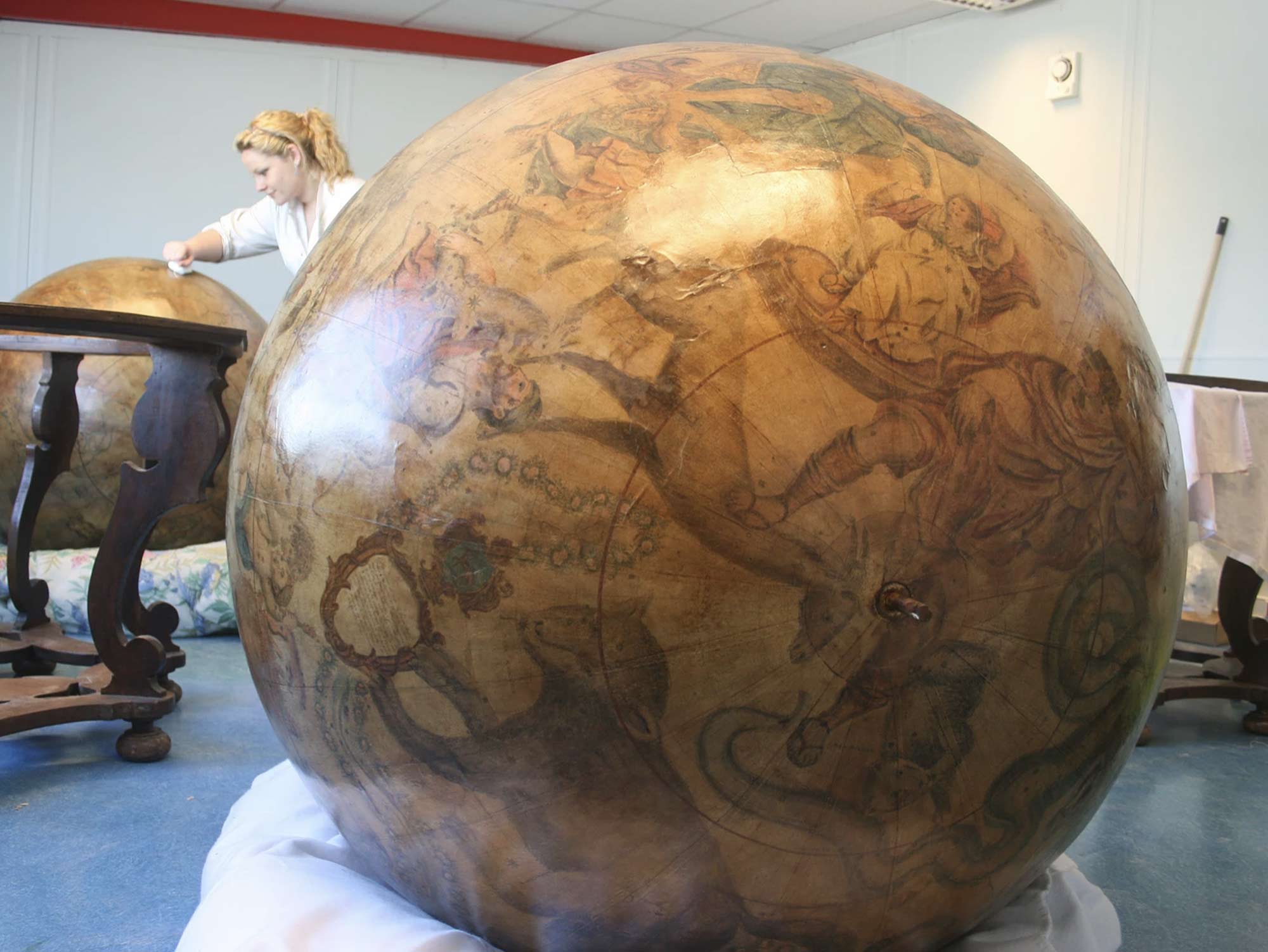